By March 2020, hospitals across the country were already feeling the effects of a nationwide mask shortage—and our local institutions were no exception. Between the lack of supplies and subsequent massive price markups for purchasing masks online, the CDC issued an advisory encouraging hospitals to reuse face masks in a limited capacity. UMass Memorial Medical Center followed suit and allowed staff to reuse disposable N95 masks, which are generally only supposed to be used once. Amidst this shortage, the CEO of UMass Memorial, Dr. Eric Dickson, said they had even considered other creative measures to deal with the shortage, such as by cutting up paper gowns to make masks. But the hospitals weren’t ever alone—the Worcester community was here to help.

Born from the combined efforts of Worcester’s Technocopia Makerspace, the Worcester Center for Crafts, Cotyledon Farms, and Ferromorphics Blacksmithing, the Worcester Face Shield Project strives to address the personal protective equipment (PPE) needs of Worcester’s healthcare workers and those of surrounding communities.

Members of the Worcester Face Shield Project designed and produced two distinct kinds of face shields: one composed of an elastic foam headband attached to a thick polycarbonate plastic cover and another made by attaching a 3D-printed headband to a flexible transparency sheet. After gaining traction on social media, the Worcester Face Shield Project has even taken on a grass-roots initiative. Locals have offered up their 3D printers to help churn out the headbands required to make the latter face shield.

The two kinds of masks produced as part of the Worcester Face Shield Project.

But even those without a 3D printer could join the mask-making cause. A group of volunteers from Worcester Polytechnic Institute started the Worcester Stitchers for Health, which has now expanded to the broader community. Through the making and delivering of handsewn face masks, their goal is to “meet the needs of Worcester’s healthcare and social service providers, and it’s most vulnerable populations in nursing homes and homeless shelters.” By April 6, 2020, the Worcester Stitchers had donated 373 masks: 150 to Community Healthlink and 115 to Worcester’s homeless shelters. 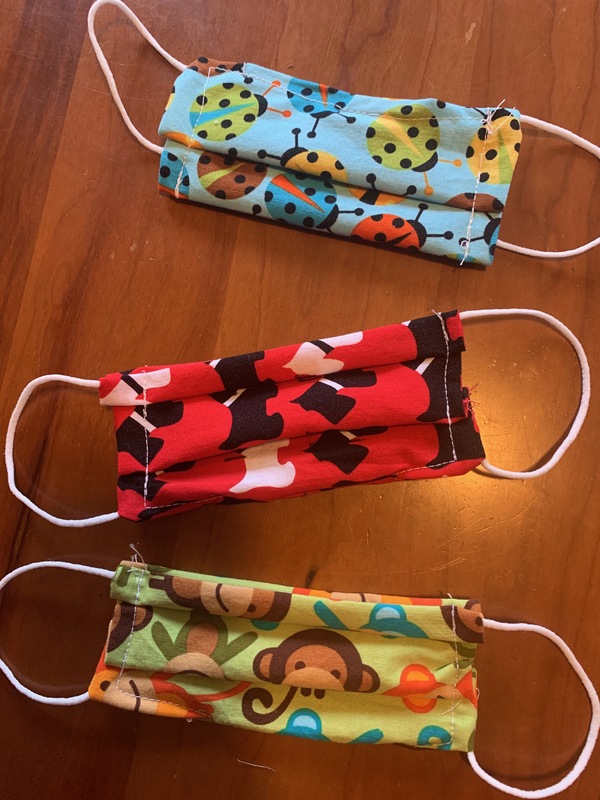 Children's masks made by the Worcester Stitchers. 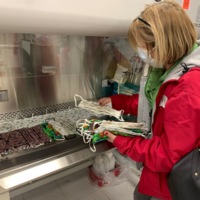 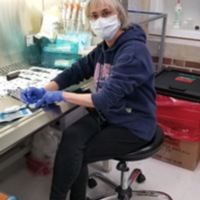 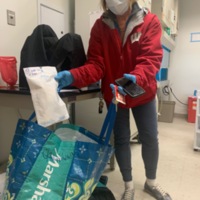 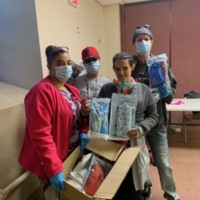