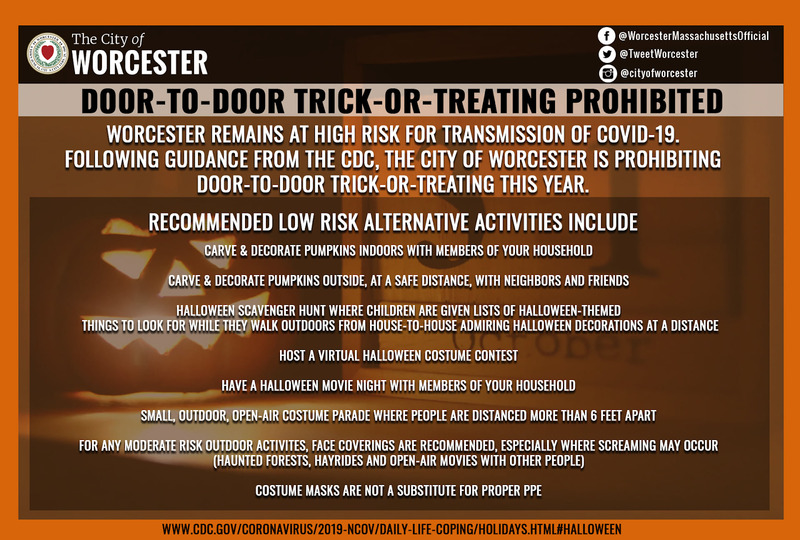 On October 2nd, the city of Worecster announced that door-to-door trick-or-treating would be cancelled this year due to concerns surrounding the transmission of the COVID-19 coronavirus. This announcement came as no surprise to most, given the anticipated spike in cases as we approached the colder months. On September 16th, the Massachusetts Department of Public Health (DPH) released their weekly COVID-19 public health report, switching Worcester from moderate risk (4–8 cases daily per 100,000 people) to high risk (more than 8 cases daily per 100,000 people). Worcester would be the first of many MA cities to “return red” this fall, evidenced by the DPH’s October 29th report.

A small consolation, however, was the list of low-risk substitute Halloween activities that the city suggested instead. From familiar traditions, like pumpkin carving and spooky movies, to creative alternatives, like virtual costume contests and socially distanced scavenger hunts, Worcester residents still celebrated in a number of ways. 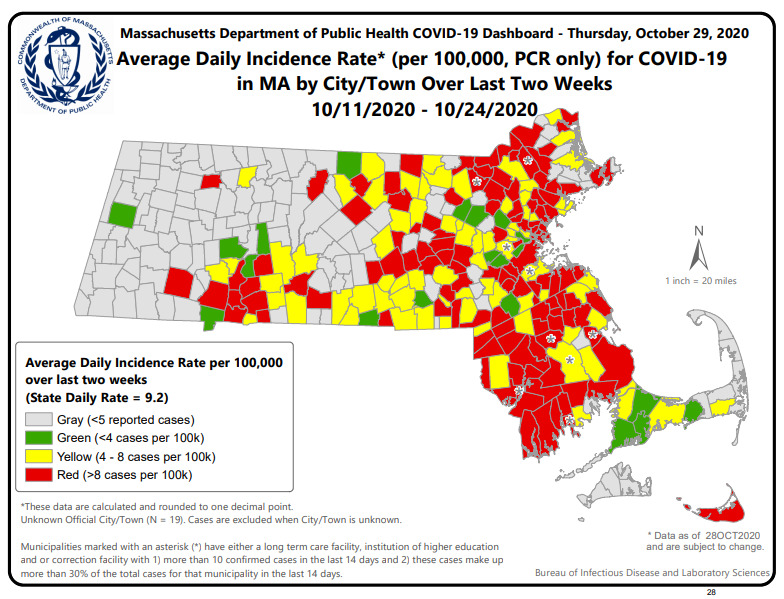 Although trick-or-treating was cancelled, it still felt like Halloween in Worcester thanks to the decorating efforts of many residents. 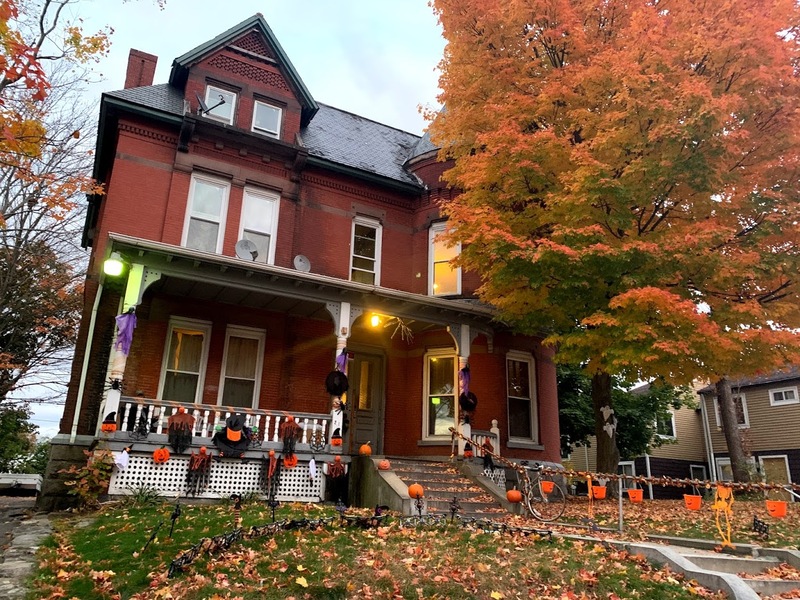 Pumpkin pails, witches’ hats, and spooky spiders lined the walkway leading to this haunted house at 21 Oread Street. Coupled with the freshly fallen orange leaves of autumn, this residence is a bright reminder that—despite how grim this year has been—our city still managed to find the Halloween spirit. Of course, it was still a shame that no costumed kids were able to claim candy bars and lollipops from this house this year. 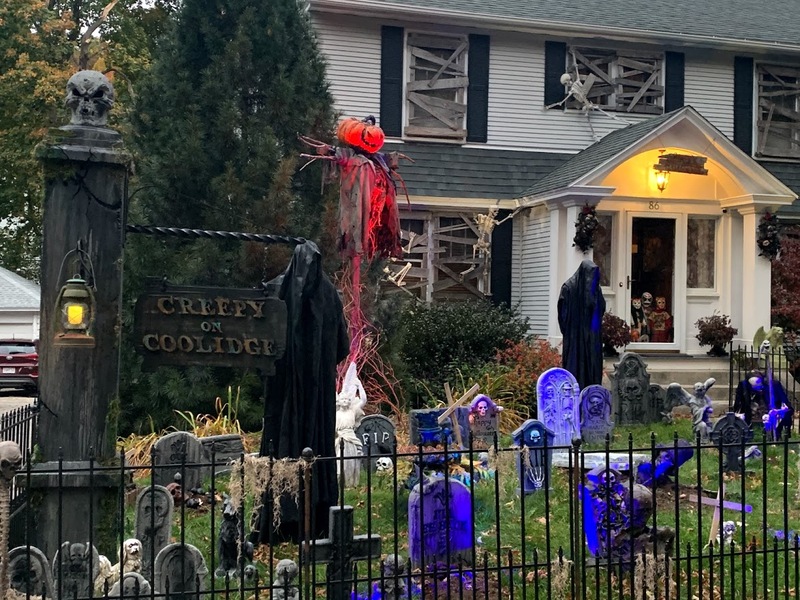 Our virtual haunted tour continues west to 86 Coolidge Road. “Creepy on Coolidge” earns its name with some ghastly gravestones, ghoulish gargoyles, and a glowing jack-o’-lantern scarecrow centerpiece. A perceptive passerby would also notice the creepy, climbing skeletons that are scaling the home to break in through some hastily boarded up windows. Any other year, trick-or-treaters would’ve been tense with terror as they approached this house for tasty treats. 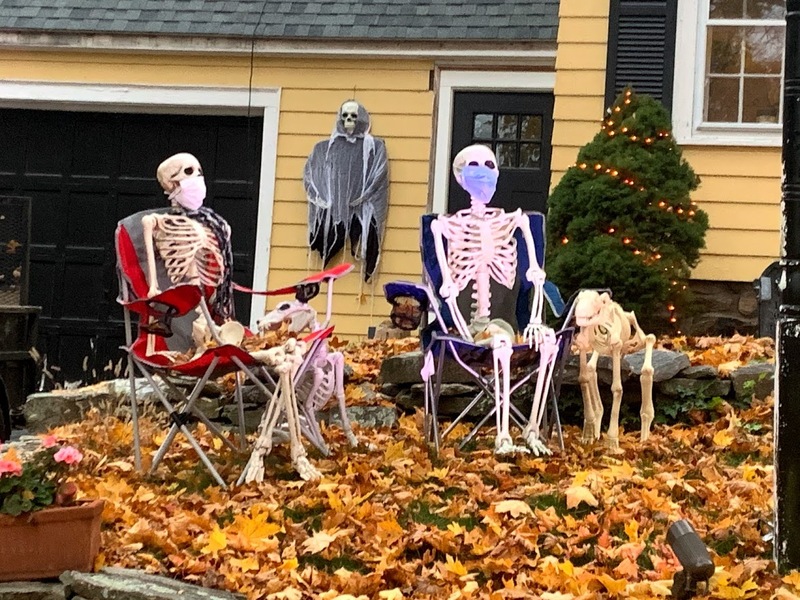 This home at 37 Metcalf Street knew that this year was going to be different. Worcester was happy to see that even the skeletons followed social distancing guidelines, although we wonder if those lawn chairs were really at least 6 feet apart. Nevertheless, equipped with their facemasks, we’re confident that these bony bodies wouldn’t spread the virus, and they even served as a great example of how many Worcester residents would be spending Halloween night.

The Costumes of COVID-19

If one thing was certain, it’s that COVID could not stop the costumes this Halloween. At a local hospital, this healthcare worker and her boss were serving up smiles with their homemade costumes. Patients, staff, and visitors alike stopped to take selfies and chat with this dinosaur and nesting doll, as the duo provided some spirit-lifting chuckles to those who needed it the most this Halloween. 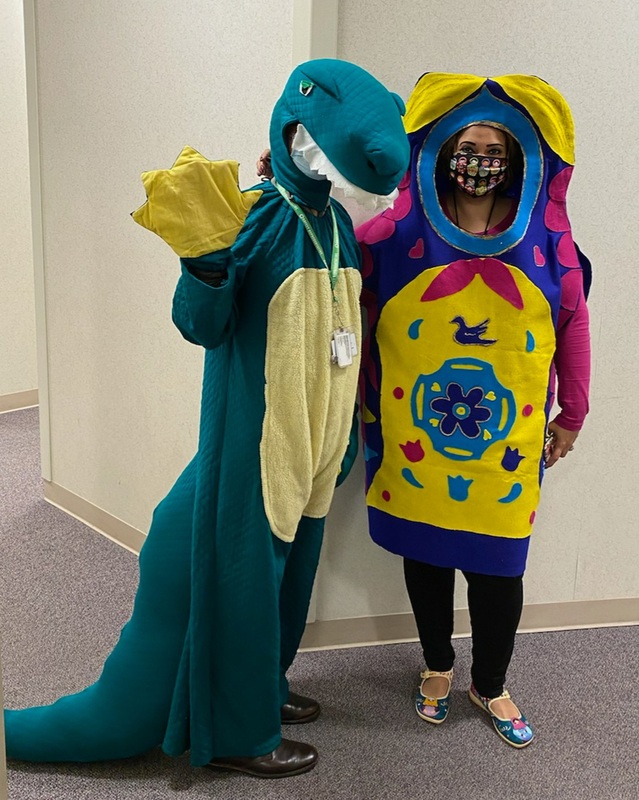 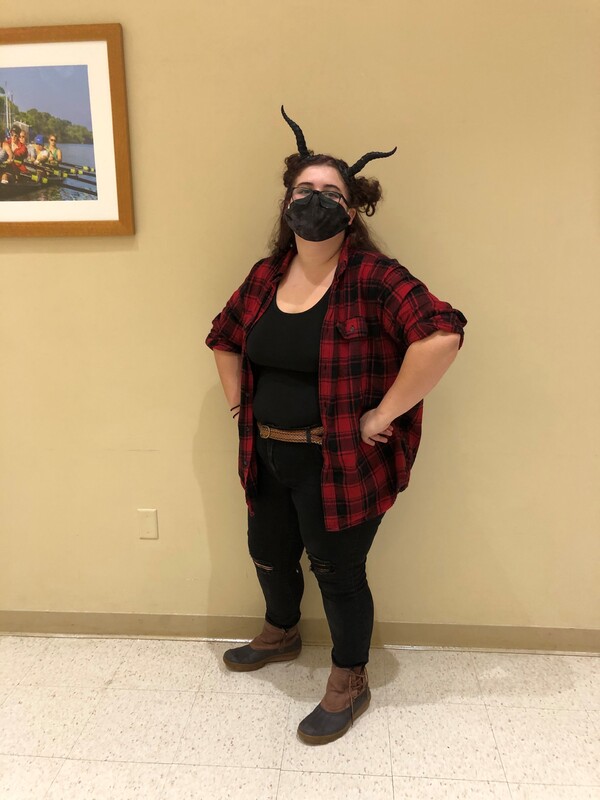 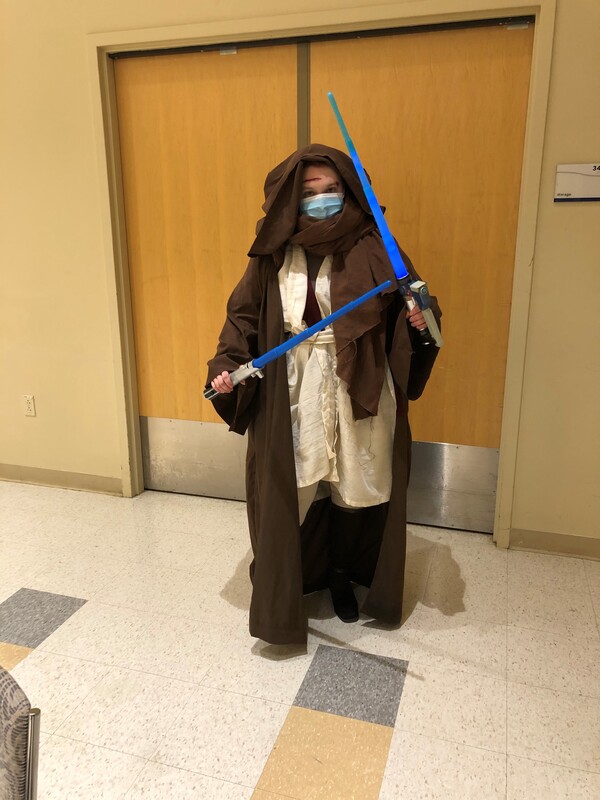 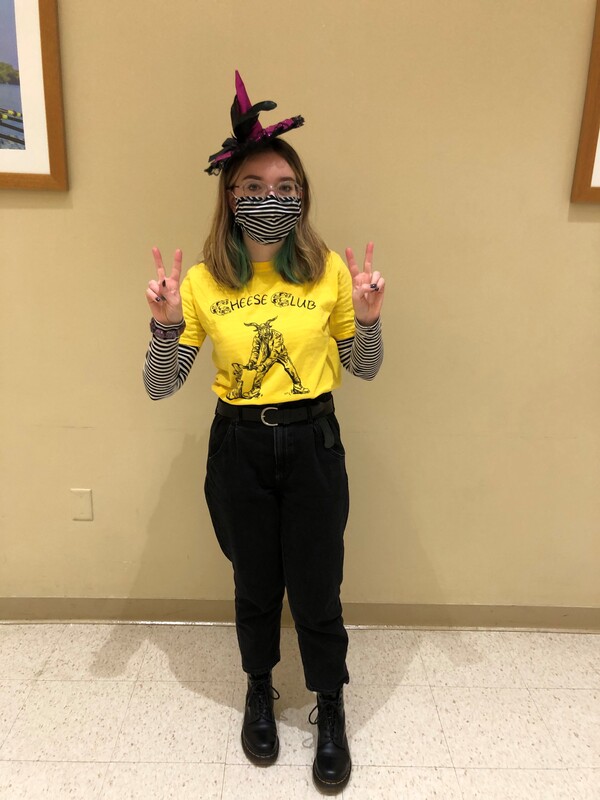 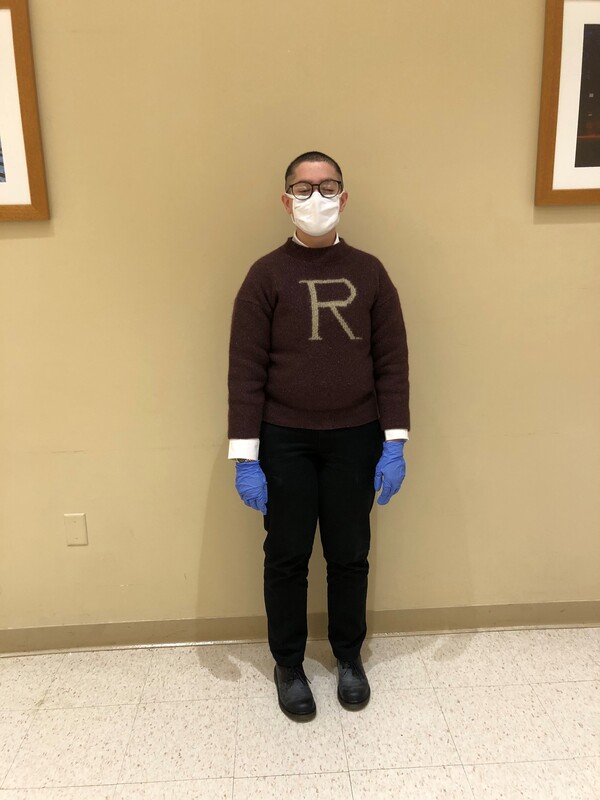 It was also a treat to see local college students dress up, including members of Worcester Polytechnic Institute’s (WPI) “Cheese Club,” a student-run club on campus dedicated to de-stressing through the sampling of  different cheeses. The day before Halloween, the club had their first in-person, socially distanced meeting of the year where they wore costumes, decorated “Trick or Cheese” bags, and played various games. At the event, we caught a glimpse of WPI’s goat mascot, Gompei, in a lumberjack’s getup, a dual-wielding Jedi from the Star Wars universe, the Cheese Club’s own cheesy witch, and Ron Weasley from Harry Potter in his classic Christmas sweater. Many of the students’ face masks were so well incorporated into their costumes that we nearly forgot they were there! 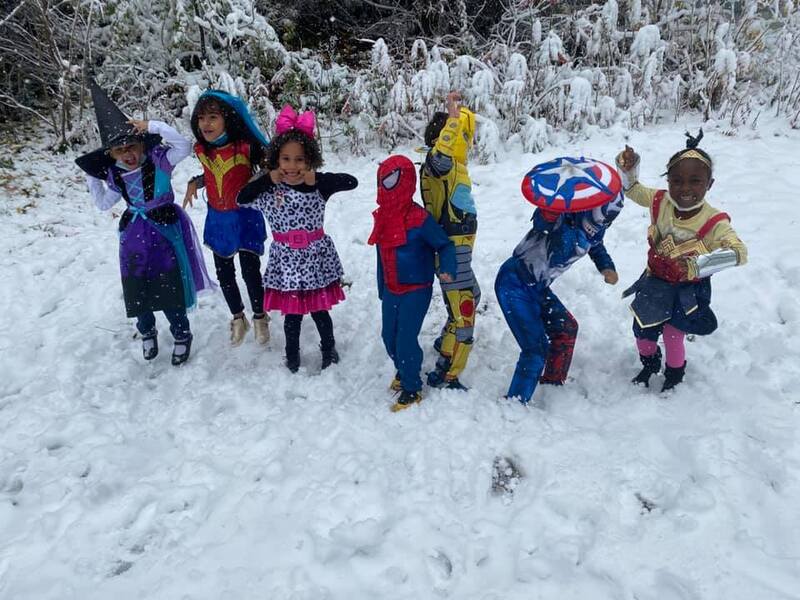 But it was the kids from Worcester’s Friendly House after school program that warmed our hearts the most on this snowy Halloween night. Dressed as superheroes and werewolves and skeletons, these kindergarteners and first–third graders celebrated the season by playing games like “Pop A Ghost” and “Pin the Spider on the Web,” decorating Halloween sugar cookies, and, of course, eating some sweet sugary treats! Although they still had to mask up, we’re so grateful that COVID couldn’t take this holiday away from our city’s children. 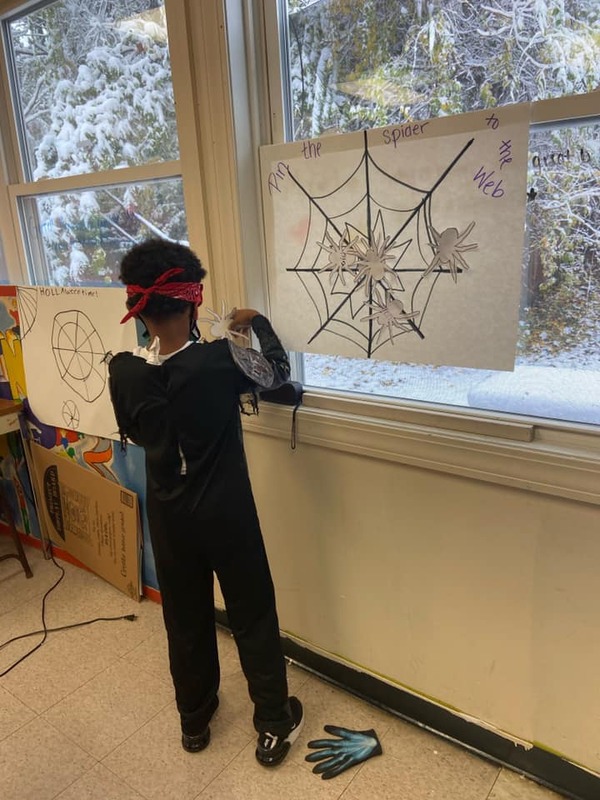 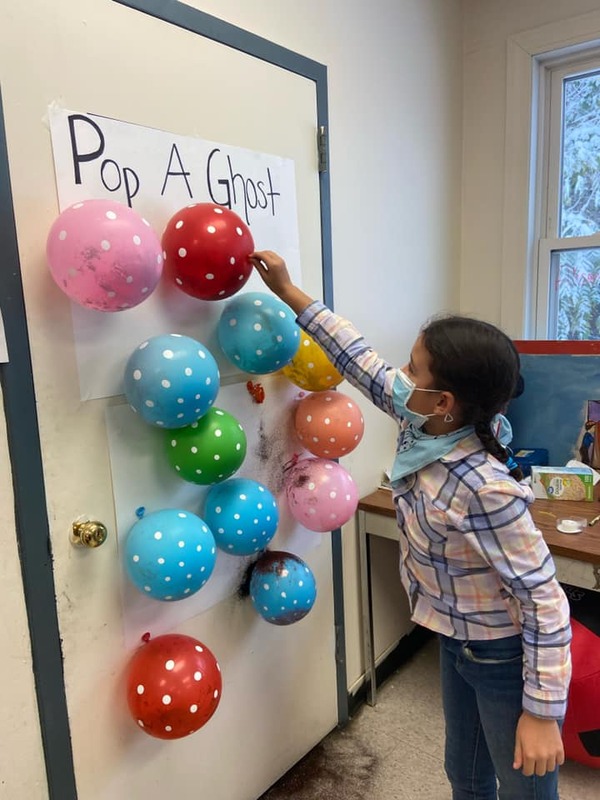 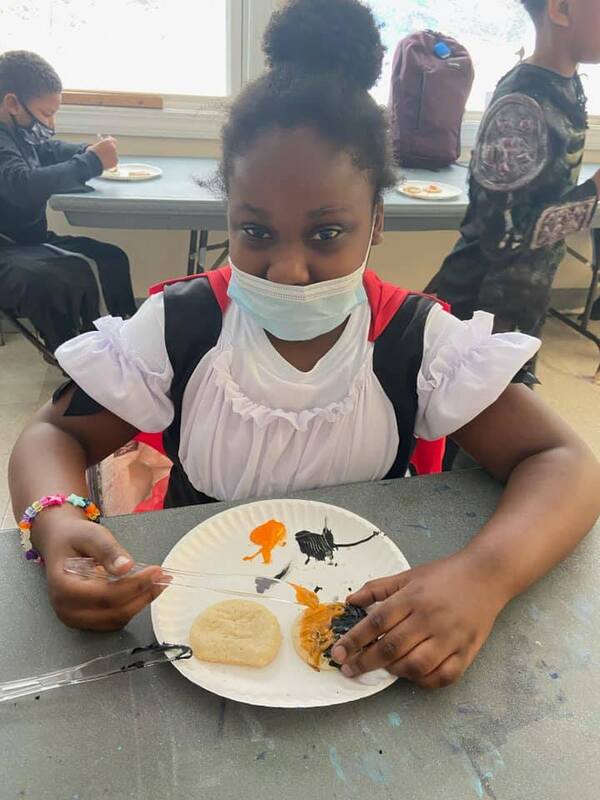 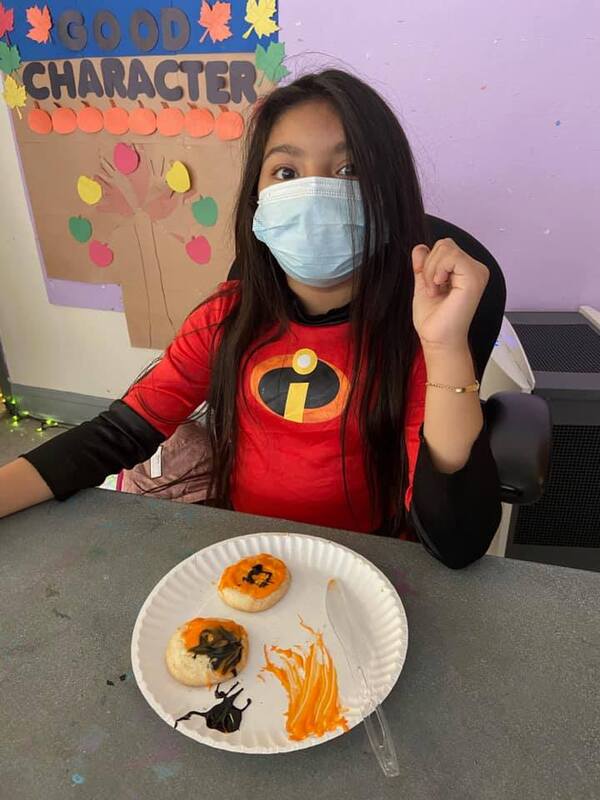 And so, while this Halloween may have been overshadowed by public health crises and political unrest, it was, after all, still Halloween in Worcester, Massachusetts.

Exhibit created by Allison Steeves—edited and reviewed by Joseph Cullon.